Marketing complex solutions for multiple lines of businesses (LOBs) to customers worldwide is an ongoing challenge for SAP, an enterprise application software provider that has customers in more than 180 countries and over 21,000 partner companies globally. Jorge Granada, Global Lead, Programs Center of Expertise, heads a team that coordinates and orchestrates marketing for every line of business at SAP and shared his experience. With ERP solutions for LOBs including HR, manufacturing, procurement, supply chain, finance, and more, identifying the actual buyer responsible for purchasing is a challenge. The difficulty increased exponentially when Granada’s team was tasked with marketing two new products: Guided Outcomes, end-to-end solutions for business issues that span multiple departments and LOBs; and Intelligent Technology Packages, which layer AI, machine learning, and robotic process automation into SAP’s existing LOB solutions

SAP uses propensity models to generate smart lists of target accounts and help predict each target’s next need, but this model’s ability to narrow the target was limited. “Our first list generated 4,700 target accounts,” Granada recalled. “You can’t really do ABM on 4,700 customers, but you also can’t go to those 4,700 customers with a plain vanilla message.” With complex solutions across multiple LOBs, multiple buyers, and multiple accounts in multiple locations, SAP needed to be able to bring prospects a message that made sense to them and that worked in real-time.

Enlisting MRP to help, SAP first created a set of keywords relevant to the topics that buyers consider when researching challenges that are specifically tied to the Intelligent Technology Packages they sought to position. MRP combined SAP’s first-party data with second-party data based on 12 million phone calls annually to tele-qualify prospects and 1.5 trillion third-party intent signals per month. It then synthesized all the data to identify the most receptive accounts and engage, connect and convert buyers with messaging tailored to their individual interests and propensities.

As customers manifest interest in specific packages, inside salespeople are automatically alerted to reach out. “The decision-makers self-select, becoming GDPR compliant, which is a major milestone,” said Granada. “We can then establish a meaningful conversation that results in very high-quality leads.”

From merely identifying target accounts, partnering with MRP has enabled SAP to drill down to identify building locations, buying teams, and even specific individuals that are likely buyers of its products and solutions. “I always say, as long as you can see the bullseye, you can eventually hit the bull’s eye,” said Granada. “You just have to know where the target is. MRP shows me where to shoot.” With a 400% increase in target buyer response, Granada’s marketing team is definitely hitting the target. 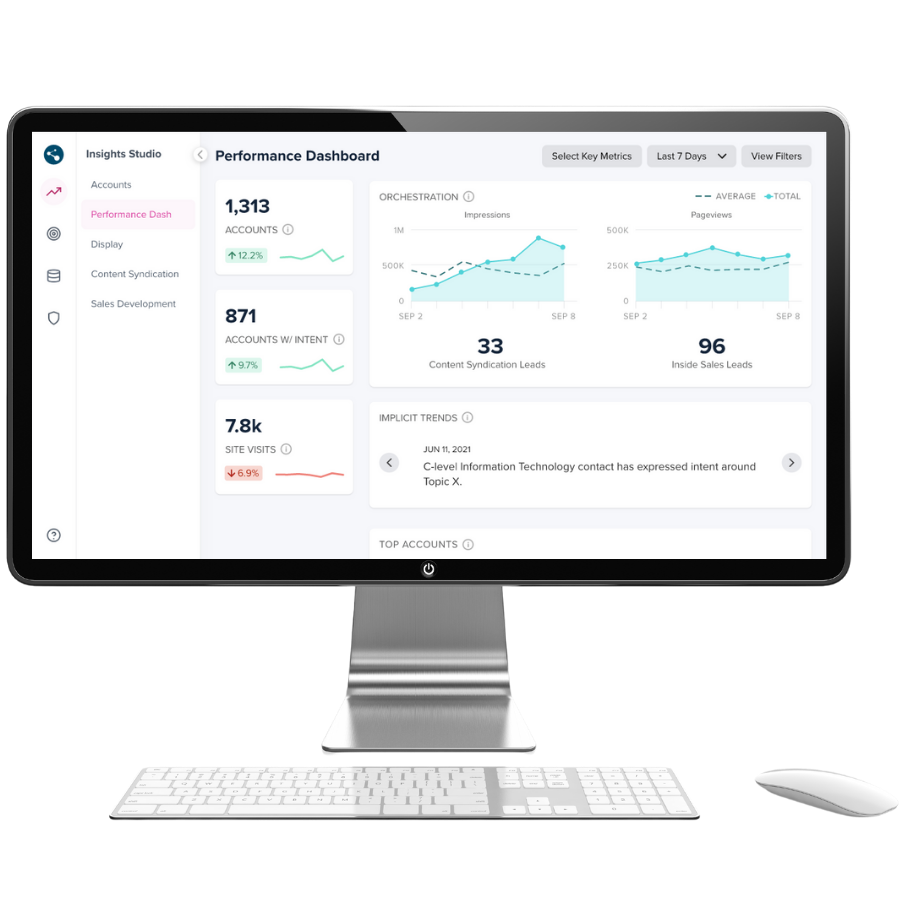 The Role of ABM Technologies in the Enterprise

Complete the form below to view the on-demand recording.